Illustrated by Kollman Cummins, age 9, in January 2022 for the 97th birthday of Dr. Jim Cummins 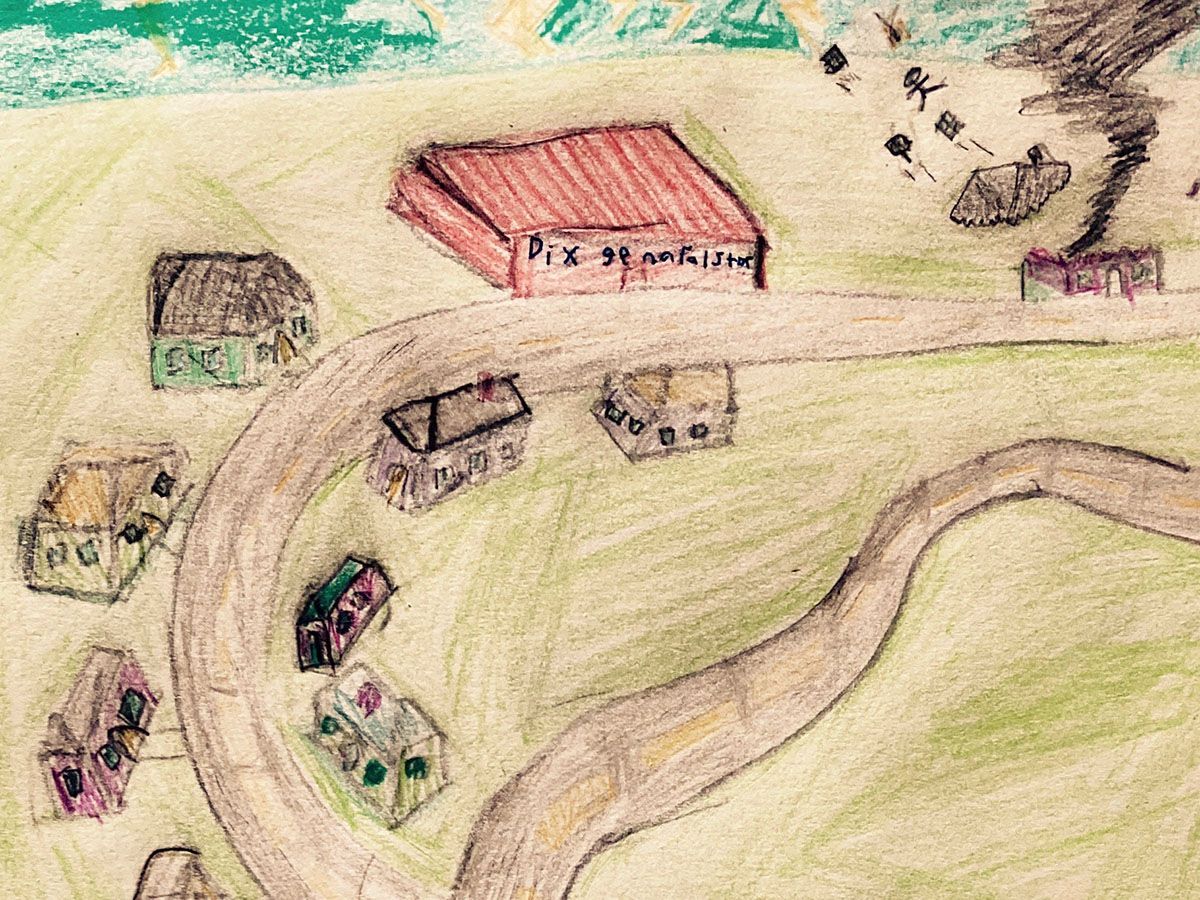 I was just coming home from school. Opened the door and here were Cindy and all the kids, heading for the basement. “C’mon! Hurry!” she said, pushing one laggard child along. I followed, wondering. Cindy rushed us to the far southwest corner of the basement. “What’s happening?” I asked.

“Mother called a minute ago”, she said. “There’s a tornado on the west side of town, and it’s coming toward us right now!” So, we hunkered down and waited.

We waited fifteen minutes, and then poked our heads out, wondering if we still had a whole house above us. Two blocks away, a house was gone, simply disappeared from the face of the earth. The twister was moving just above the earth, with the occasional finger pointing down.

Tragedy out on the west side of town. The Copples had lost their little one. They lived in a one-story house, built on a slab, no basement. They had had some seconds warning of the twister, and they headed for the ditch in front of the house. Kenny carried the older boy; they made it. Roberta carried their baby; perhaps paused a couple of seconds on the front stoop. They were caught in the twirling debris of the storm, and the baby was killed in Roberta’s arms. We were doubly thankful to have survived.

Nowadays we follow the tracks of twisters on our Weather Channel. We don’t have a basement, but we’ve an old-fashioned bathtub in the center of our house; that will be our refuge if a twister seems headed right for us. Hasn’t happened yet! 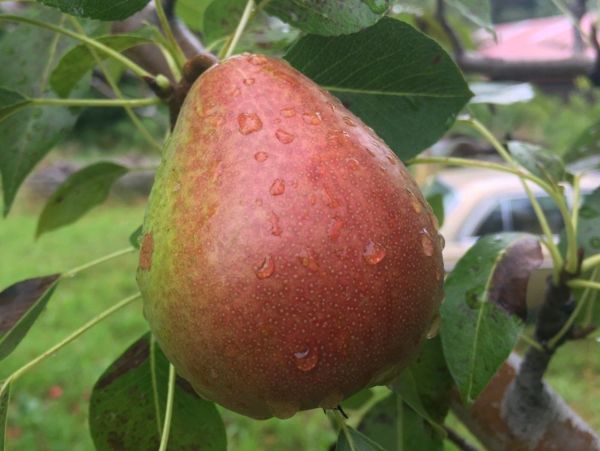