It's 1938, and the day of Ben Davis apples is past, so the Ben Davis trees that Grandfather had put in the ground 40 years ago would have to go. 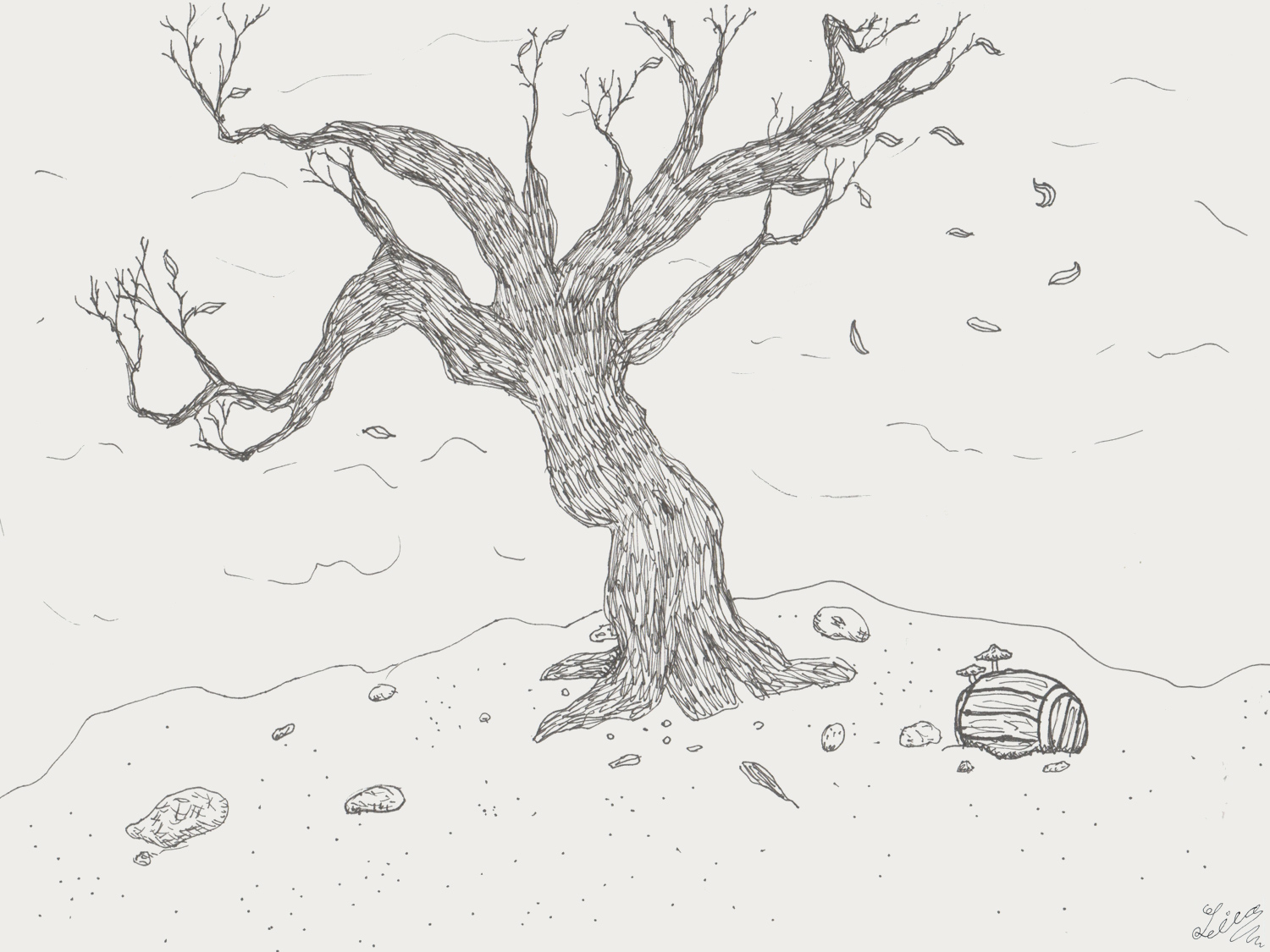 But Ben Davis apples would haul a long ways on these bumpy roads of Depression times, they'd haul a long ways with never a bruise, and way down South they still looked good after two or three days hauling. Even so, the black peddlers from Mississippi would pay only twenty cents for a bushel of Ben Davis, a poured up bushel, maybe two hundred bushels poured up in the rack of an ancient truck. Just twenty cents a bushel. But in these last days before the War, it cost a nickel to have a bushel picked; five dollars a top picker could make for a hundred bushel day. Picking a hundred bushels meant twelve hours of racing up and down a 25-foot ladder, a hundred and forty long trips up and down the ladder, a 30-pound picking bag of Ben Davis sagging heavy on the shoulder straps. But five dollars for a day's picking, five dollars for one day's work when ten dollars was normal wages for a whole week. Five dollars was good picking money.

Cotton with red skin wrapped around it, that's what folks at Dix called the Ben Davis apple.

"Mortgage-lifter", the Ben Davis had once been called, "Mortgage-lifter", because so many farms had been bought and paid for with Ben Davis money. Back before I was born, they say, here in my home county in Southern Illinois there had been a million Ben Davis apple trees. Back in those good old days, apples had been packed in wooden barrels, three bushels or thereabouts in every barrel. The lid of the barrel would be screwed down hard, the apples inside crushed together, but then held in place. Barrels of apples were rolled up planks into wagons, onto rail cars, onto steamers, down cobbled city streets -- barrels and barrels of Ben Davis apples. Nine barrels to a two-horse wagon; at harvest time these two-horse wagons laden with barrels of Ben Davis apples ranged wheel to wheel on the railroad sidings at Dix and Divide and Texico, at Kell and Walnut Hill and Boyd, at Centralia and Salem and Kinmundy. Over in Calhoun County my daddy had worked as a checker, loading barrelled Ben Davis onto steamers on the Illinois River, loading Ben Davis for Memphis and Natchez and N'Orleans.

"Apple dry houses" stood at every crossroads here in Jefferson County. An apple dry house was a structure where great racks of peeled and sliced Ben Davis apples were sulfured and dried, dried and then packed in burlap sacks, carted off to the railroad cars, and sent off to the piebakers of Philadelphia and Winnipeg and Souix City. In the fall and early winter, all the womenfolk roundabout would be peeling apples for the dry houses, sometimes at home, sometimes en masse at church or grange.

The apple barrel, the cooper, the Ben Davis apple tree, they all are passed away.

The apple barrel is gone now, of course, barrel is gone forever and apples are shipped in bushel baskets. The cooper plies his craft no more in apple towns, no more the barrel press, no more the line of two-horse wagons waiting at the railroad siding. New apples now, more gently handled than before -- new names to us like Jonathan and Grimes Golden, like Starks Delicious and the Roman Beauty.